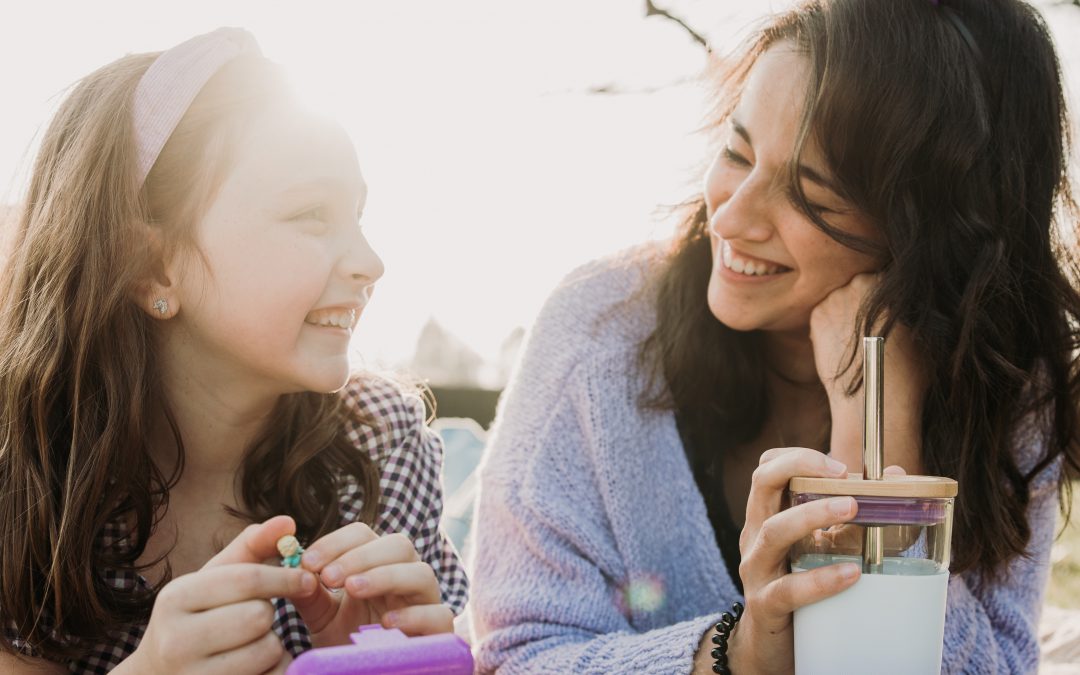 7 Tips For Getting Your Teenager To Talk To You

I recently had a coaching session with a heartbroken mother who had just discovered some shocking activity on her teenage daughter’s phone.

In an attempt to salvage some degree of trust, she decided to ask her daughter questions, giving her the chance to come clean, before revealing what she had discovered.  The result was that, at every junction, her daughter vehemently denied each inquiry until confronted with the evidence that her mom already knew.  The ease of her deception and the contrast between the type of girl her mother had believed her to be was so disorienting, that mom found herself questioning everything she knew about her daughter.

I’m sharing this story with you to serve as a reminder that we don’t always know as much about our kids as we tend to assume.  Kids learn, through our interactions, what we expect of them, and can easily be clever enough to show us the version of themselves that they believe we want to see, in order to keep the peace.

Obviously, this can be problematic.  Not only does their guard get in the way of us being able to truly connect with them, but it also can make it difficult for us to identify what they may need help with or guidance in.

In this article, I’m going to share with you seven tips for opening up the channels of communication with your kids – which is, ultimately, the ideal way to avoid finding yourself in such situations.

1. Break free from your assumptions.

If we want them to let go of their assumptions about what they can or cannot share with us, the best way is to demonstrate that we’re willing to do the same for them.

I’ve often found that, when asked about their kids, most parents have the most wonderful things to say.  They delight in their child’s talents, personality, and accomplishments, but in my conversations with their kids, the impression that the kids have is that their parents are in fact not proud of them.

It can be easy to take for granted that they must know, but sometimes they need to hear it in the grand, exaggerated sense as well for it to really stick.

A mother and father I was coaching a while ago, told me about their son and what he was like during our first session.  Proudly, they raved about his computer skills and informed me that their son was a bonafide genius when it came to tech, and it was a topic that he was extremely passionate about.

Then, when I met with their son, to help break the ice, I mentioned how his parents had told me he was really into computers and technology, and he responded with, “Not really.  They just think I am, even though I’ve told them I’m not.”

As it turns out, the parents were likely seeing and hearing what they wanted to, or perhaps were fixated on a former version of their son without realizing that his interests had evolved since then.

My main point is that, it’s possible that your kids may already be trying to communicate with you, and as someone that has been guilty of this myself as well, sometimes it’s us that aren’t fully tuning in.  So, this suggestion is to try shifting the dynamic of some of your conversations so that they do 80-90% of the talking, while you do 10-20%.  This may mean allowing silence for a while until they start opening up themselves.

4. Prioritize deepening your relationship with them for a time.

If your relationship has been strained for a while, or is getting there, take some time to prioritize rebuilding a solid foundation with them.  Do your best to let go of any expectations you may be fostering of them for school, or for an apology that they justifiably owe you, and see what happens if you shift your focus for a time.

I’ve encouraged parents to do this and seen results within days.  If you want to follow a more structured approach for this, sign up to take our free 3-day challenge to deepen your connection with your kids.

Want open communication with your kids?

Ideal for teens and tweens, but will work for younger kids too.

This one is particularly relevant when it comes to working with kids academically.  Educators and parents alike can sometimes rush to give the answers when kids take too long on questions.  This is another thing I’ve been guilty of, but over time have learned how to drop subtle hints without giving much away.

In the same way that you shouldn’t assist a hatching baby bird as it requires the struggle to build strength, kids need to struggle through academic challenges to really grasp a concept.  The best way to “assist” them is to guide, encourage, and genuinely question their incorrect conclusions for understanding, rather than correcting.

This one can be difficult to do as adults, naturally, but I’ve found it to be incredibly effective in rapport building.  Allow your kids to bring out the “kid” in you from time to time, and you will surely see drastic changes in your relationship with them, with more joy for both you and them.

My effectiveness as a teacher significantly improved when I shifted my style so that I became more willing to come down to the level of my students.  I literally started enjoying working with kids that I had previously considered a nuisance.

This is a very important point: when your kids do something wrong, watch how you react!

To give you an example, I read a post on facebook recently, by a mother about something her teen daughter had asked her that morning.  Apparently, the girl inquired if she could spend the night with her boyfriend, which to the mother was an outrageous request.  And this is the type of moment when watching your reactions becomes imperative.

While it may be tempting to let them know how ridiculous you feel their question was, those types of instinctual reactions may be costing you the ability to have open dialogue with your kids.  A reprimanding reaction may be the impression that comes to mind for them when they’re deciding whether or not you truly are someone they can be vulnerable with, regardless of how often you reassure them that they can come to you with anything.